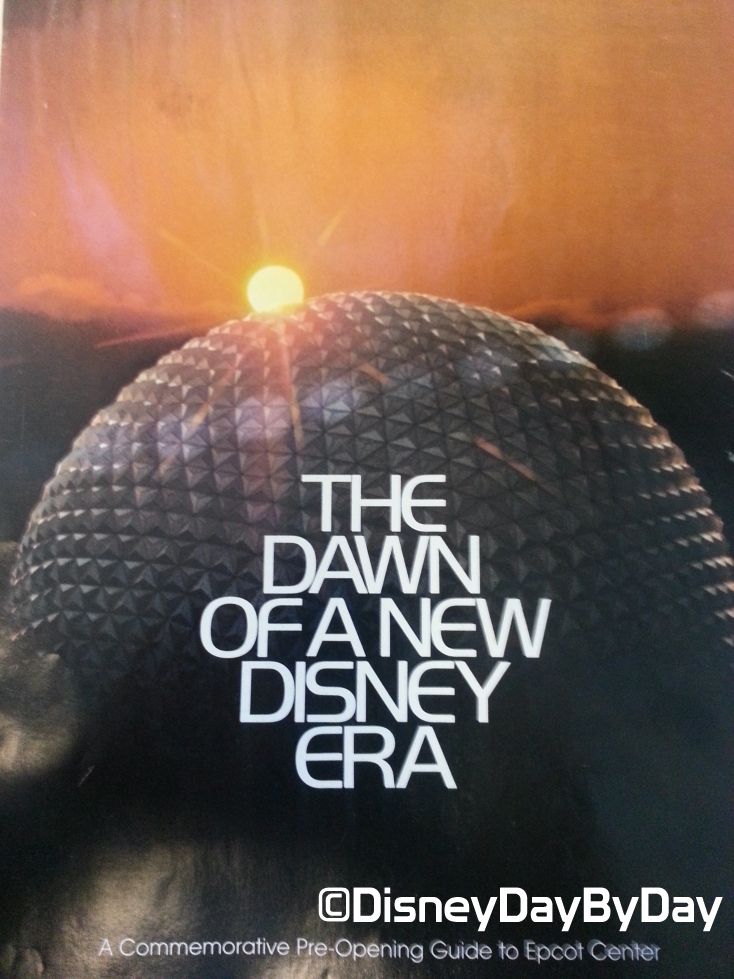 Fastpass to History: The Dawn of a New Disney Era

The Dawn of a New Disney Era….. 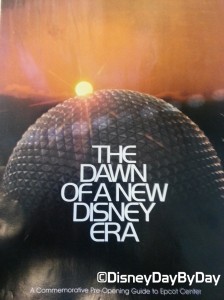 The Dawn of a New Disney Era is the title of our Commemorative Pre-Opening Guide to Epcot Center we received in early 1982. “On October 1, 1982, Walt Disney’s greatest dream Epcot Center – – becomes a reality. An $800 million entertainment kingdom, Epcot Center is located on 6 hundred acres approximately two and a half miles south of the Magic Kingdom. Beyond its colossal gateway, you’ll see wonders beyond your imagination.”

To this day I can remember the excitement I had for a new park. As the park neared construction completion they opened the monorail so you could go on the grand circle tour and then back to the TTC. I think I rode it 20 times trying to take it all in. 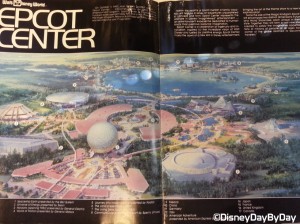 But Walt’s true dream was a bit different than what was constructed. EPCOT stands for Experimental Prototype Community of Tomorrow, not Every Person Comes Out Tired or as Cast Members like to say Every Paycheck Comes On Thursday. Walt’s vision was a true community in which one would work, live, and play. In his words, “EPCOT will take its cue from the new ideas and new technologies that are emerging from the forefront of American industry. It will be a community of tomorrow that will never be completed. It will always be showcasing and testing and demonstrating new materials and new systems.”

EPCOT was to have around 20,000 residents living in the spherical city. Similar to the weenie in the parks, the city would feature a large hotel and convention center which would tower over the city at 30 stories. Surrounding the hotel would be businesses and commerce along with high density apartments. Many theaters and restaurants were proposed along with shopping districts that would be modeled off of streets from around the world (hmmm). More residential/suburb type living would be around the outside of the sphere.

As for transportation, the monorail and PeopleMover would be the main transportation with the center of the sphere serving as the Grand Central Station / Hub. Car and truck traffic would be located on streets underground and away from pedestrian traffic. As you can see from the model there were only two roads heading into the city, so vehicles would likely only be used for vacations away from the city.   If you are at the Magic Kingdom, be sure to take a trip on the PeopleMover for a peek at a portion of the city model.

After Walt Disney died in 1966, most of his ideas for this planned city were abandoned, and Walt Disney World Resort opened in 1971 with only the Magic Kingdom and a few hotels. If EPCOT was created exactly as Walt had planned I do not think we would have the same vacation destination that we have today. What do you think, let us know in the comments below.

DREAMERS AND DOERS : “If we can bring together the technical know-how of American Industry and the creative imagination of the Disney organization, I believe we can build a community that more people will talk about and come to look at than any other area of the world” Walt Disney