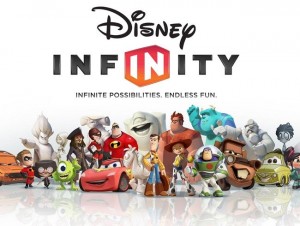 There is much anticipation around the next video game to be released by Disney Interactive Studios on Aug 18, Disney Infinity.   This game will have two “Modes” a regular mode which is standard game play with a problem that you have to solve.   For example in The Incredibles there is a villain, Syndrome, and the family has to come in and save the day.   And, the mode that I’m more excited about “Toy Box” mode where the sky is the limit and just like digging all your toys out of a toy box you get to build anything you want and use any characters you want.   You will even be able to share your environment and send them to Disney to be included in later releases.   The entire concept sounds like a lot of fun, but there was a recent video that has come out explaining some of the product development which was very well put together with even some quotes from Walt himself….

Definitely a lot more to come as this product is released, but Disney Infinity is more than a game, as you will be able to bring back your favorite characters of your movies and experience them in a whole new way. Yes, there are even talks of adding Star Wars and Marvel Characters.

Let us know – will this be on your Birthday or Holiday List this year????  If you want to pre-order, you are welcome to Click Here 🙂