Great Day for a Parade! 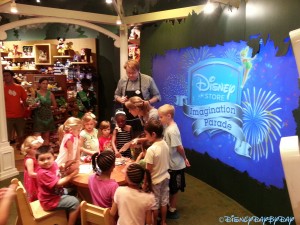 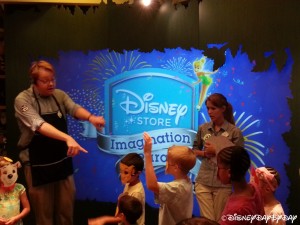 This past weekend we needed a little taste of Disney Magic so we headed to our mall and to our favorite Disney Store.   After browsing for a few minutes and selecting a few items we stopped in at the kids activity area and found out that we were just in time to participate in the Disney Store  Imagination Parade.

The host showed us a few videos and picture of parades at Walt Disney World and explained how all the prince and princesses waved during the parade.   After some kids trivia each of the kids got to select a mask for the character that they wanted to be in the parade.   The kids were then helped with their masks and had a few practice waves before heading out on the parade. 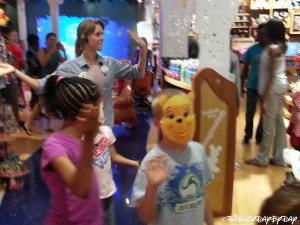 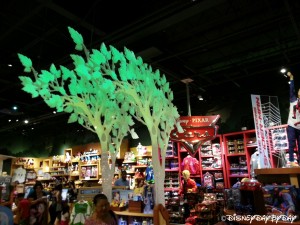 If you haven’t had the chance to visit one of the updated Disney Stores, I hope you get the chance soon.   If you or your child would like to take part in the parade, just hang out in the store and see what magical events happen. Thanks Disney Store for giving us a taste of the magic even when we are away from the parks we love the new format and all the magical events.