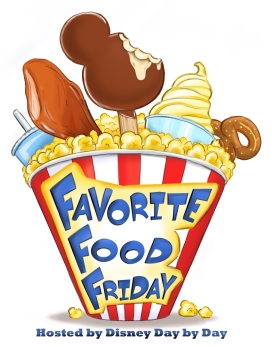 Welcome to this week’s Favorite Food Friday where we share our favorite foods with our friends.  This week’s Favorite Food takes us to one of our favorite countries in World Showcase, Norway.   Step inside the Kringla Kakeri og Cafe for some amazing treats, including our selection School Bread.   I have to say at first sight I was not sold, for one I’m not a big coconut fan and for two I’m not a big school fan.   But after trying this I’m ready to hit the books.

School Bread, or should I say Skolebrod, was so called as it was a treat sent in lunch with kids to school. This sure beats my PB&J and I would expect the trade value to be quite high.   School Bread is a sweet cardamom bun filled with vanilla creme custard and topped with glazed and toasted coconut.  This is the perfect snack to grab while touring World Showcase, it’s not overly sweet and is full of custard.   Enjoy…. 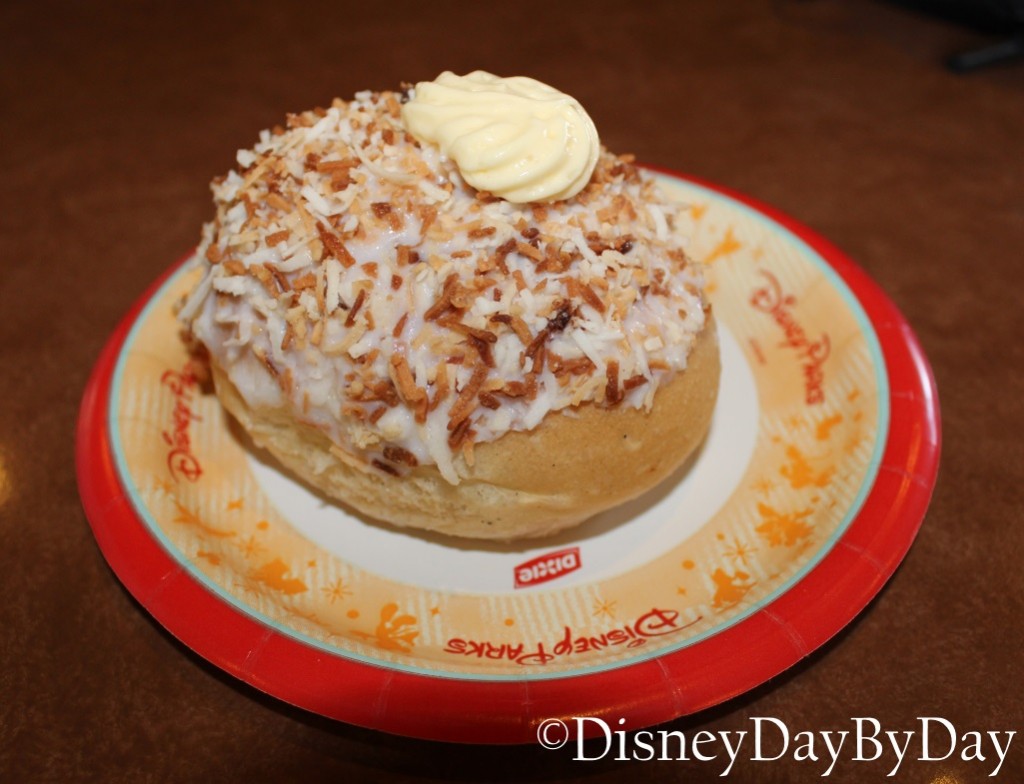 What is your favorite treat in Norway?

Link up and get the InLinkz code here for your post 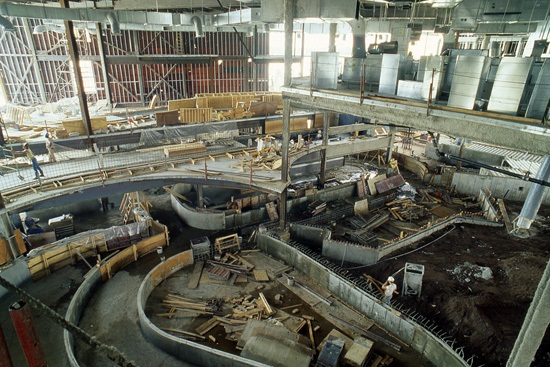 Our Hidden Mickey this week is a tribute to an attraction that is closing this week to make way for a Frozen attraction.   Maelstrom!   You can read more about it here, but Maelstrom will sail it’s last voyage this Sunday, Oct 5th, 2014.  Yes it’s hard to say good bye, but we look forward to seeing how they incorporate Frozen into Norway.

As you stand in line for this attraction there isn’t a lot to hold your attention besides the huge mural on the wall.    And, what better thing to do with a mural at Disney than try to find where some Imagineers might have placed some Hidden Mickey’s.   Here are a few that we have found.   Please share any you have found in the comments below. 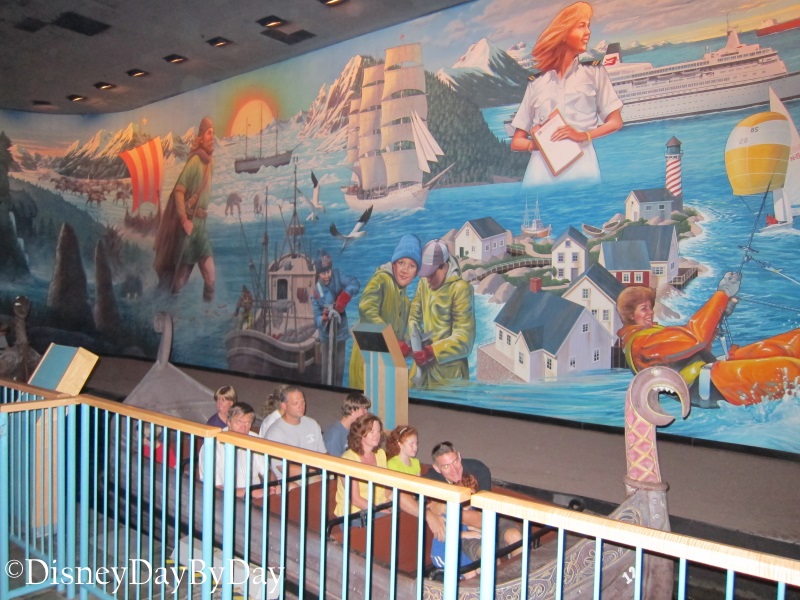 Hmm here are some hints on where to look…. 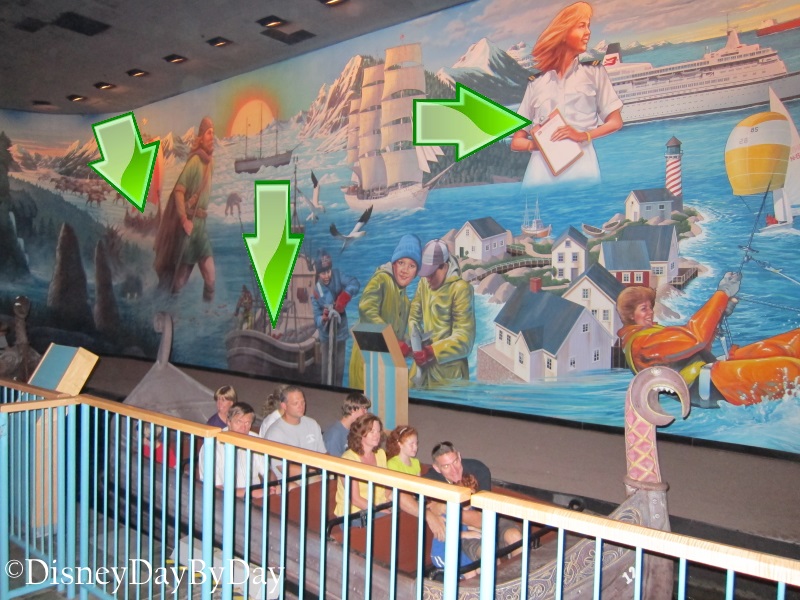 Let’s start from left to right – the one on the far left is our favorite.   Of a viking in a viking ship wearing a set of Mickey Ears – see that one here. 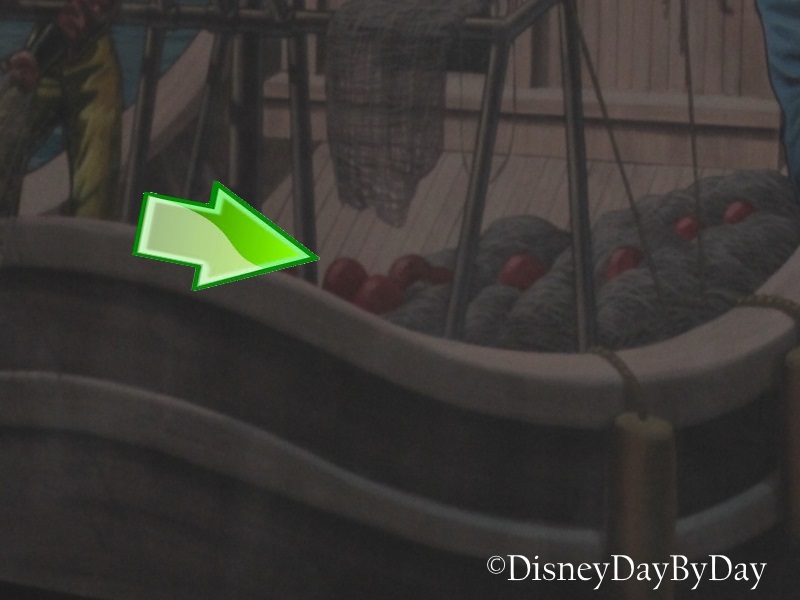 Our final Hidden Mickey takes us to the one marked on the right had side of the mural and always the most difficult for me to point out to others.  This Mickey is setting on it’s side with ears pointed to the left, look just to the left of metal clip on her clip board. 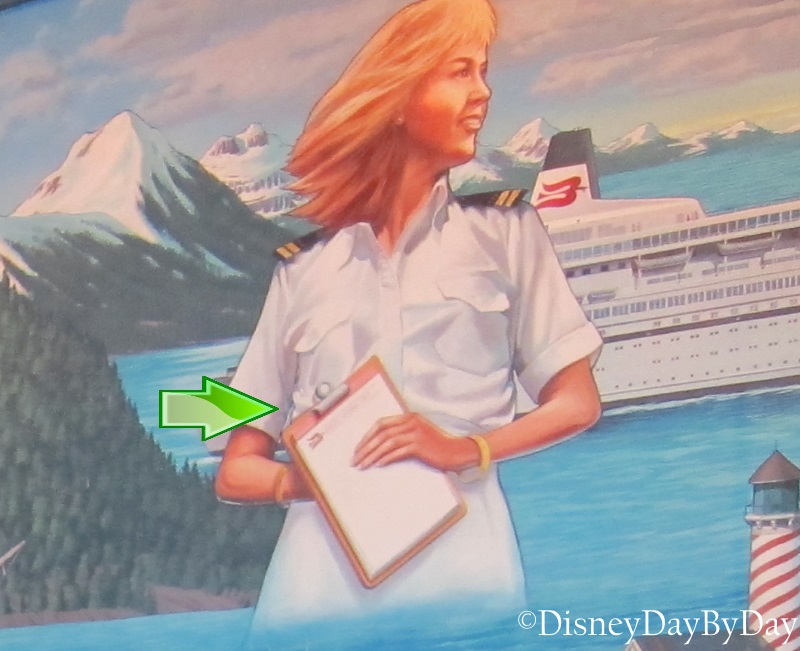 Hi Mickey!!    We love  Hidden Mickey‘s, let us know where you have found him on Maelstrom before we have to say good bye to this attraction.
If you would like one last ride – here you go….