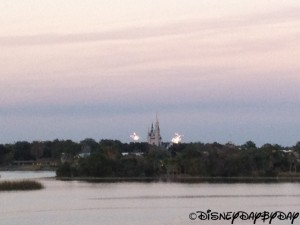 Our most recent trip to Disney World was full of surprises and new experiences. Sean saw one of his dreams come true when we stayed at The Polynesian, one of the best (if not the best) views of the Magic Kingdom. Review to come!

Speaking of the Magic Kingdom… our first day to the park ended up being more than magical! We were thrilled when we headed back to the new Fantasyland and were able to go on The Little Mermaid ride before its official opening to the public. Expect a review in the future, but for now let’s just say it’s a big two big thumbs up!

While headed toward the exit of the ride more surprises were to come. Who should follow 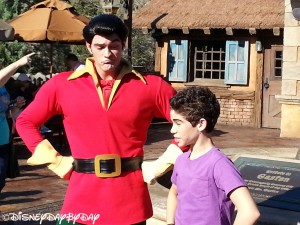 behind us but some of the actors from Disney’s show Jessie! Our son was thrilled when the young actor who plays Luke gave him a peace sign. A few other actors were also seen snacking on cinnamon rolls from Gaston’s Tavern. It was obvious they were there for promotional reasons, but it was still sweet to see these young kids laughing and having a good time; basically being typical children. 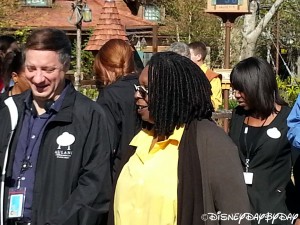 Only an hour or so later while heading to the Beauty and the Beast castle for our first dining experience there (another two thumbs way up!) we spotted none other than a lovely looking Whoopi Goldberg who also seemed to be enjoying her trip to the most magical place on earth!

Apparently, Mickey Mouse isn’t the only celebrity one might encounter while at Disney. All in all, it was a trip full firsts and wonderful surprises!