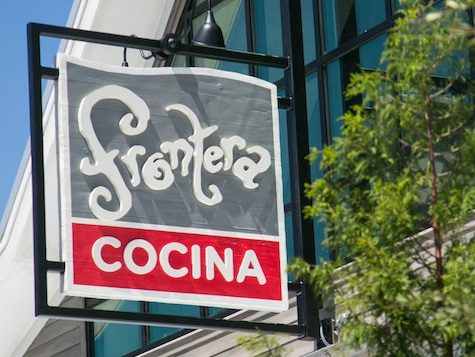 Excited to be joining Chef Bayless tonight at Frontera Cocina.  If you are in the area be sure to stop by and try a new menu items inspired by Mexico’s Riviera Maya in the Yucatán Peninsula.   Stay tuned as we share our experience later this week.

Orlando, Florida (July 17, 2018) – Celebrity Chef Rick Bayless, known as Bravo TV’s Top Chef Master and host of the PBS series, “Mexico–One Plate at a Time,” is bringing his culinary expertise back to his restaurant Frontera Cocina at Disney Springs. Bayless, himself, will be preparing new menu items inspired by Mexico’s Riviera Maya in the Yucatán Peninsula. Lucky restaurant-goers and members of the news media will be the first to sample the brand new dishes on the night of the new menu roll-out.

This isn’t the first time Bayless has introduced new menu items in meet-and-greet events at his popular Orlando restaurant. In May, he released his Baja-inspired menu to the visitors of Disney Springs.

“I love returning to Frontera Cocina here at Disney Springs to meet travelers and have them try my new dishes. This has become a destination restaurant, a place where we can introduce regional Mexican food to many people from around the world. Being here in this kitchen and interacting with our guests is always a highlight of my trip to Orlando.”

Frontera Cocina was one of the first new restaurants to open at Disney Springs in 2016. Located within the Town Center, it features contemporary Mexican cuisine. The restaurant is Bayless’ first venture in the southeastern United States.

Bayless is a seven-time award winner of the nationally-recognized James Beard Awards for culinary excellence, including Midwest Chef of the Year, National Chef of the Year, and Humanitarian of the Year. He also created an award-winning line of salsas, cooking sauces and organic chips.