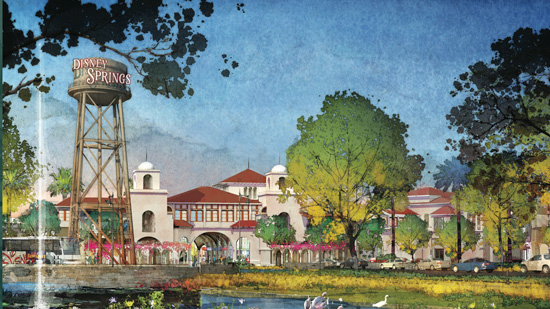 Today Tom Staggs and the Disney Parks Blog announced a major overhaul of Downtown Disney into Disney Springs.   Disney Springs was inspired by great small towns from central Florida at the turn of the century.   The overall goal is for people to feel as though they are at home in the community.   The layout will feature 4 distinct neighborhoods centered around the current lake.   Look for many changes in both the retail offered (yes a bigger World of Disney) and amazing dining opportunities (150+ locations).

Disney Springs will not be completed until 2016 and will remain open with new areas being rolled out in phases.   Please visit the Disney Parks Blog for more pictures and information.