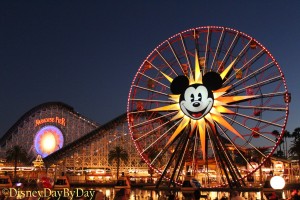 Opened in 2001, this is the second theme park built in the Disneyland Resort Area.  Since opening it has gone through a couple expansions including Cars Land.

Disney California Adventure is made up of eight themed lands also called districts: